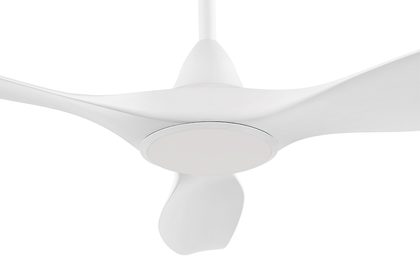 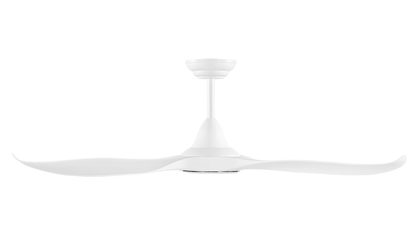 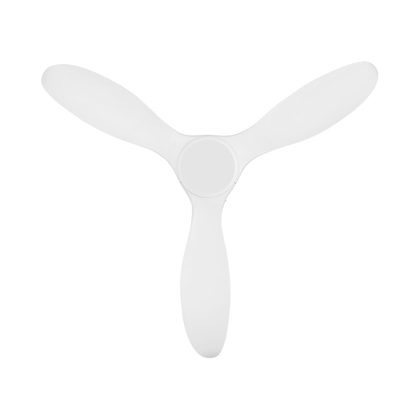 Ceiling Fans are versatile fixtures and just like with lamps, they have moved beyond classic designs due to technology advancements and became prominent furnishings, bringing visual appeal and adding comfort to a space.
Ceiling Fans are more fashion-forward and energy efficient than ever before, proving that fans can be practical, functional, stylish, decorative and able to complement any theme of modern decor.
In addition to a cool, visual effect, elegant blade styles and premium finishes can provide a surprisingly powerful air flow while remaining whisper quiet for total serenity. During the summer, the anti-clockwise rotation of the blades provides a cooling breeze and during the winter, clockwise rotation gently circulates the warm air down from the ceiling.
As functional as it is decorative, although designed for indoor use, ABS plastic blades, superior in technology and operation, allow ceiling fans to be installed also in appropriately covered outdoor locations.
DC Motors convert supplied power and regulate speeds by controlling electrical current, they are more efficient and offer virtually silent operation.
The Noosa Ceiling Fan is the perfect fixture to cool your space in the summer and warm it in the winter, delivering a natural breeze effect. Featuring a clean modern design with three blades for a modern and sleek style, the Noosa is a multi-functional and energy efficient ceiling fan, which will circulate the air and provide charming ambiance.
Attractively styled, functional, Eco-friendly, Ceiling fans add to a room's atmosphere on a variety of levels and will serve as a trendy striking addition to your modern space.
Features
- DC Motor
- Material Housing: ABS, Matt White
- Material Blades: ABS, Matt White
- Airflow: 9,497m³/Hr, 157.98m³/Min
- Usage: Indoor & covered outdour use
- Hang sure canopy 18°
- Control: Remote (5-speed) with reverse function and timer
- Warranty: 6 Year Product (3 year In-Home) 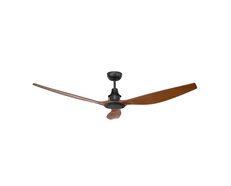 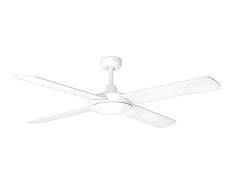 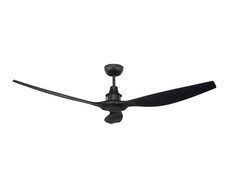 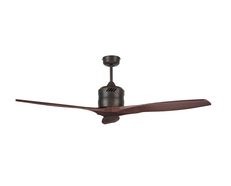 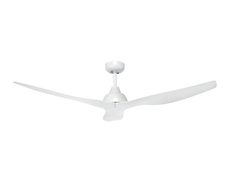 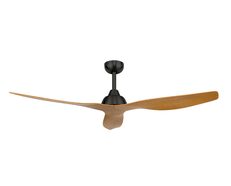 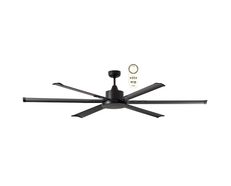 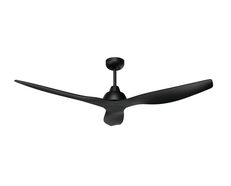 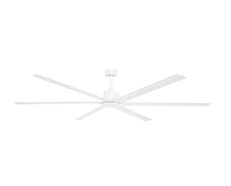 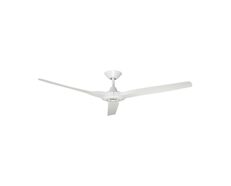